Lecture: “It’s the Economy, Stupid! Why feminist EU studies still isn’t looking at EU Economic Policy and where we should start”

ABSTRACT
Researchers in Feminist EU Studies frequently argue that the EU’s positive impact on gender equality is inherently limited by the EU’s fundamentally market-making raison d’etre and the way economic priorities will always take precedence. Yet, many of the EU’s core economic and market building policy areas such as Competition Policy, Economic and Monetary Union, or the European Semester (since the so-called financial crisis) remain almost untouched by feminist researchers.
In this talk, Dr Rosalind Cavaghan, discusses how Feminist EU Studies got here, why tackling this gap is so important and how we can begin. Drawing recent Feminist approaches to EU Integration Theory (e.g. Ables and MacRae 2016) together with insights from Feminist Economics (e.g. de Henau et al 2016, Kabeer 2016) and Feminist Political Economy literatures (e.g. Hozic and True 2016, Acker 2004), Cavaghan will present an initial analysis of the European Semester, illustrating what can be gained by a sustained feminist analysis of the EU’s economic policies and how to begin such an engagement.
Rosalind Cavaghan is a Postdoctoral Fellow in Equalities and Social Justice, at the Wise Research Centre for Feminist Economics, Glasgow Caledonian University, Scotland. 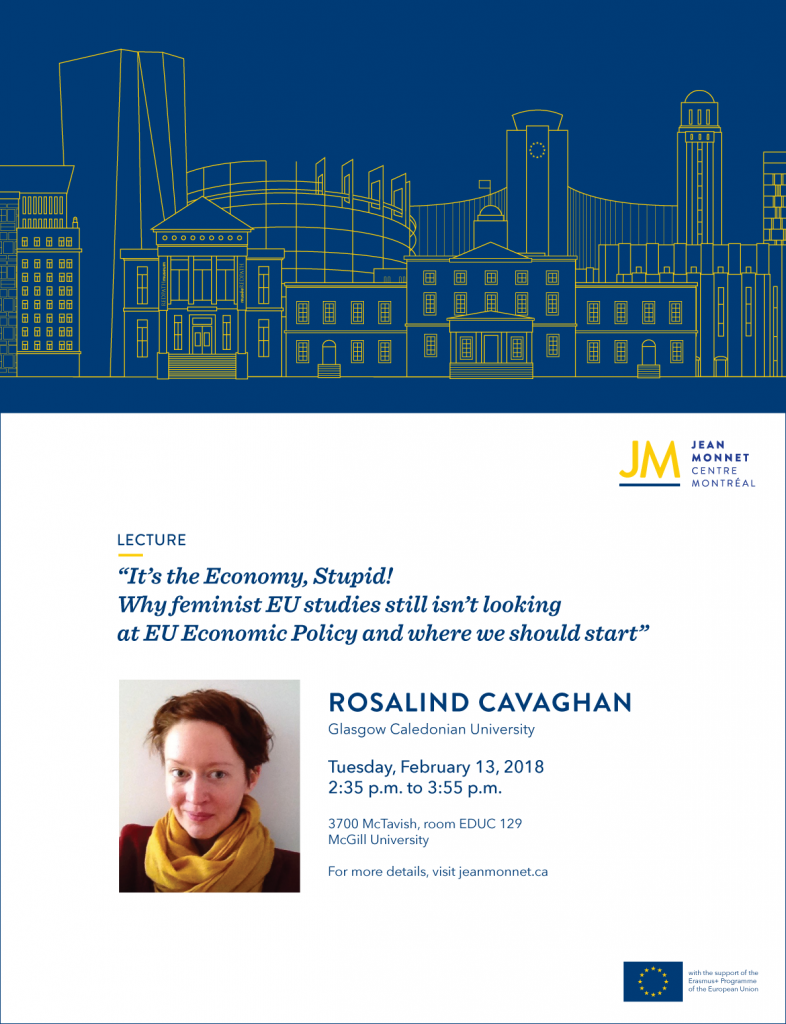