As part of its 2018 speaker series, the Jean Monnet Centre Montréal is pleased to welcome Willem Maas (York University) to McGill University on 22 November. His talk will deal with “EU Citizenship and Free Movement after Brexit”. 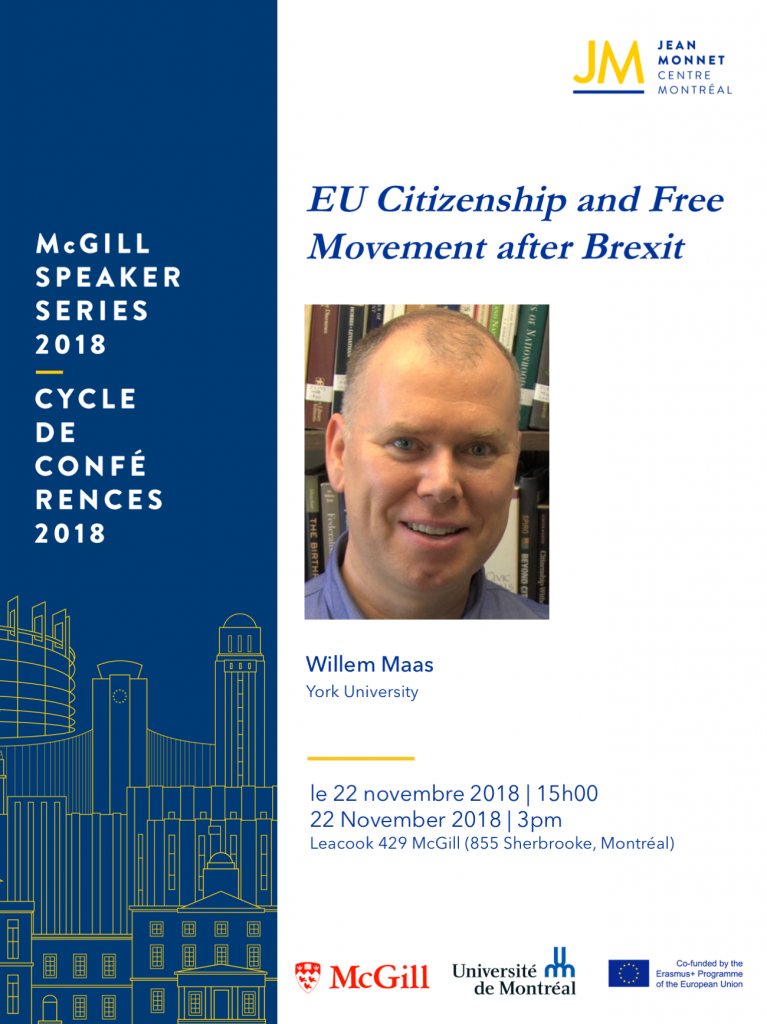 Abstract :
Free movement of persons has been central to European integration since the agreement on free movement rights for coal and steel workers in the ECSC treaty (1951), and is also one of the four fundamental freedoms (free movement of persons, goods, services, and capital) that undergird the single market. Since the Maastricht treaty, these rights have been enshrined as the key element of EU citizenship, to which some have attributed federalizing aims and the European court has suggested is “destined to be the fundamental status of nationals of the Member States”. The right to live, work, and study anywhere within the EU usually tops public opinion surveys asking Europeans what the EU means to them, and these rights are enormously popular across the EU (even in the UK). Whichever form Brexit takes—hard, soft, simply symbolic, or something else—it is clear that free movement will be a significant issue in the process.