Speaker series 2018: “The Established and the Ascendant: Radical Right Mobilization in Eastern Europe”

As part of its 2018 speaker series, the Jean Monnet Centre Montréal is pleased to welcome Lenka Bustikova (Arizona State University) to McGill University on 15 November. Her talk will deal with “The Established and the Ascendant: Radical Right Mobilization in Eastern Europe”. 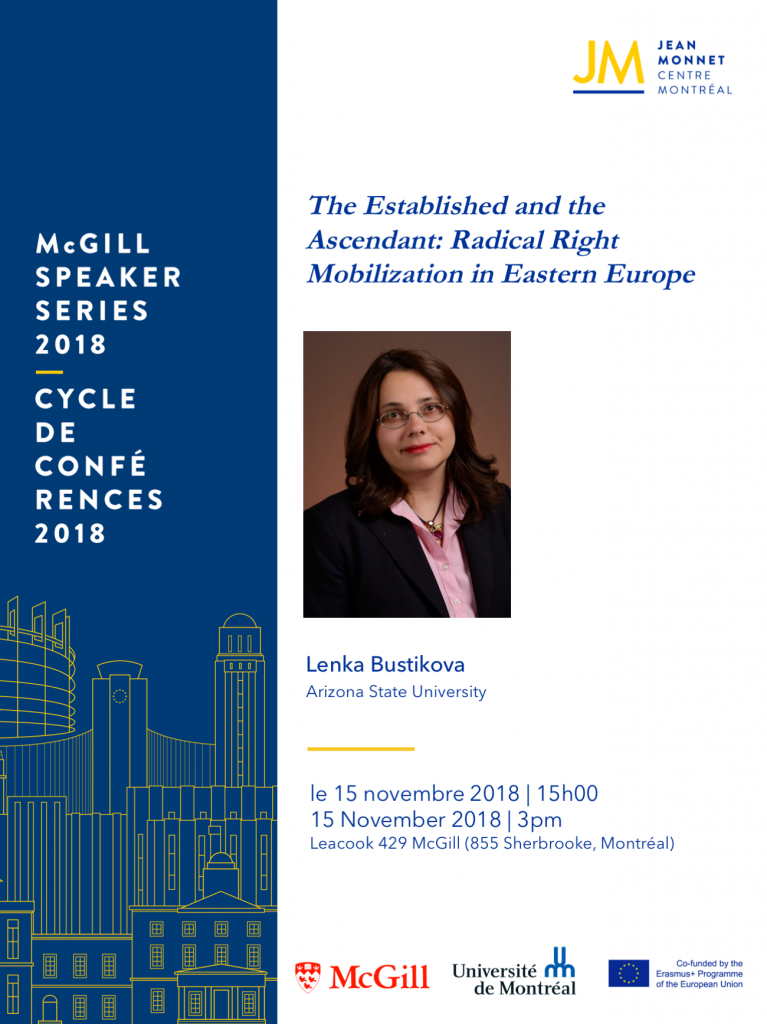 Abstract :
Lenka will address the puzzling amount of variance in voter support for radical right parties over time, across countries and at the individual level. She argues that the ascendance of minorities leads to radical right mobilization. Simply put, politically ambitious minorities infuriate some voters and the aspirations of minorities alarm the fringes of the established dominant group. As minorities acquire political power and demand rights, a political backlash ensues. Radical right mobilization is, therefore, a reaction to negative changes in the status quo that affect the dominant group. When the demands of minorities are accommodated by a collaborative effort of mainstream and small pro-minority parties, it often polarizes party systems and engenders a highly negative reaction that benefits radical right parties.