Although Emmanuel Macron remains the favorite, never has the National Rally candidate, Marine Le Pen, been so close to winning the presidential election. On the eve of the famous televised debate between the two rounds, the former president of the French Political Science Association sheds light on the main issues of the electoral campaign and evokes scenarios for the Elysée… and for France.

Nonna Mayer is director of research emeritus at the CNRS, attached to the Center for European Studies and Comparative Politics at Sciences Po. She was president of the French Political Science Association from 2005 to 2016. Her research focuses on the electoral dynamics of the RN and the populist radical right in Europe.

This event is co-organized by CÉRIUM, CÉCD, the Canada Research Chair in Electoral Democracy and the Centre Jean-Monnet. 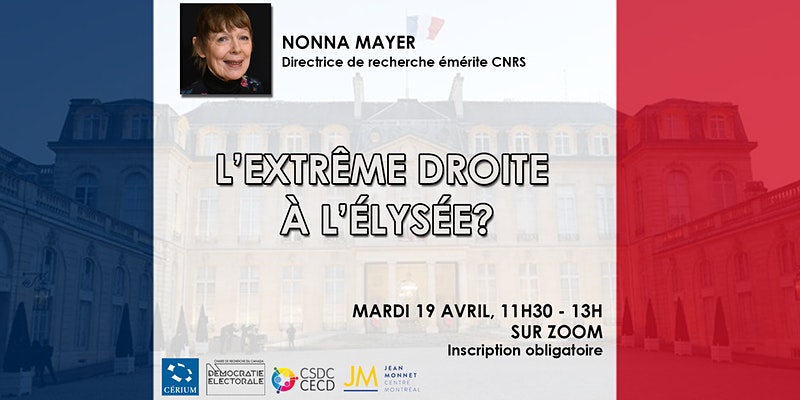