The Political Geography of the Eurocrisis

Contrary to the expectations from currency unions theory and historical precedent, the euro area has failed to integrate fiscally in response to the crisis. At the same time, however, significant horizontal transfers towards financial stabilization have taken place. What explains this co-existence of persistent reluctance by domestic leaders in core EU countries to pursue fiscal integration and large scale financial transfers between nations within the union? We analyze responses to the crisis as a result of the geography of income and production. Heterogeneity of constituencies’ redistribution preferences associated with a diverse economic geography accounts for the political constraints on national governments keeping them from furthering fiscal integration. In turn, cross-unit externalities in the form of potential financial risks shift the preferences of citizens potentially exposed to negative side-effects and open up the possibility of efforts towards international redistribution. 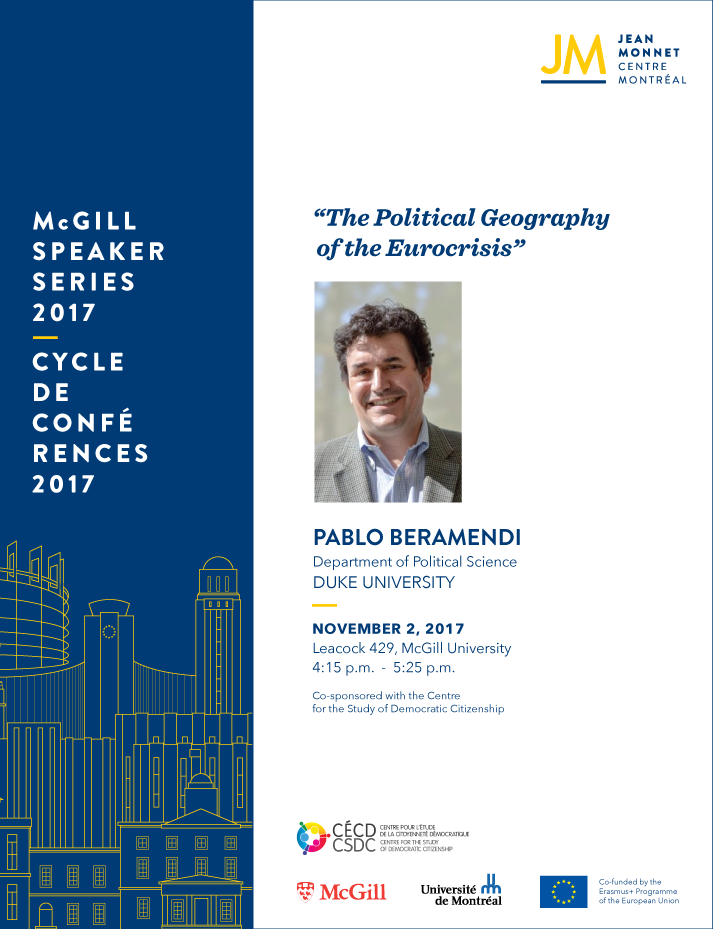 Previous post
Summer School – Between the EU and Russia: Transnational ‘Soft Power’ and Societal Activism
Next post
Unilateral Declaration of Independence of Catalonia and Retaliation from Spain