Speaker series 2018: “How Europe and Russia Influence Policymaking toward Russian-speakers in Estonia and Latvia”

As part of its 2018 speaker series, the Jean Monnet Center Montréal is pleased to welcome Jennie Schulze from Duquesne University to McGill University on September 27th. Her talk will deal with “Strategic Framing and the Case of Stateless Children. How Europe and Russia Influence Policymaking toward Russian-speakers in Estonia and Latvia”. 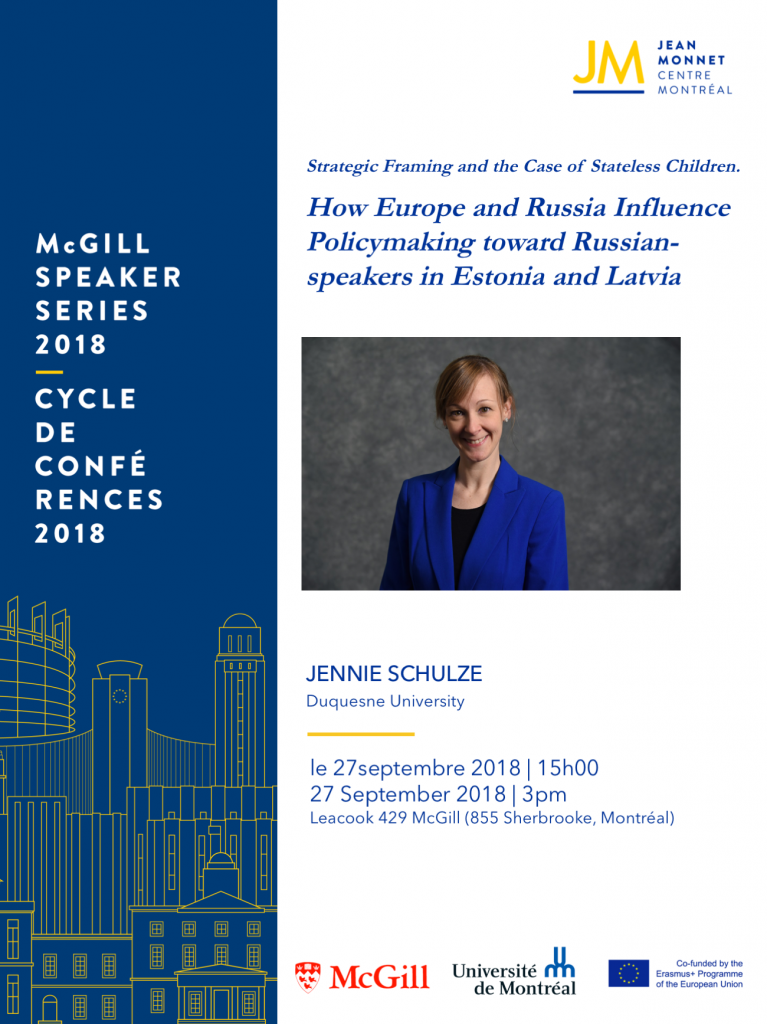 Abstract :
Prior to EU accession, policymakers in Estonia and Latvia were slow to adopt minority-friendly policies for Russian-speakers in the areas of citizenship and language, despite both mandates from the European Union and significant pressures from Russia. The ways in which policymakers strategically framed Europe and Russia in the context of domestic policy debates not only explains the controversies, delays, and suboptimal outcomes surrounding the passage of “conditional” amendments in both cases, but also important points of divergence post-accession. While pre-accession reforms have often been credited to the democratizing influence of European institutions, an analysis of parliamentary debates reveals that European frames have rarely produced significant policy changes alone, and then only when domestic constraints were low. Whenever domestic opposition was high, Russian frames were crucial for the passage of reforms. The case study of naturalization requirements for stateless children in Estonia and Latvia highlights how domestic elites are more than just passive targets of external pressures, as well as the ways in which both European and Russian pressures have influenced the path and form of minority policies in these cases.