On February 2, 2023, from 4 to 6 p.m., the Jean Monnet Centre Montreal will host Lucan Way (University of Toronto) for the presentation of Revolution and Dictatorship: The Violent Origins of Durable Authoritarianism (2022) which he co-authored. 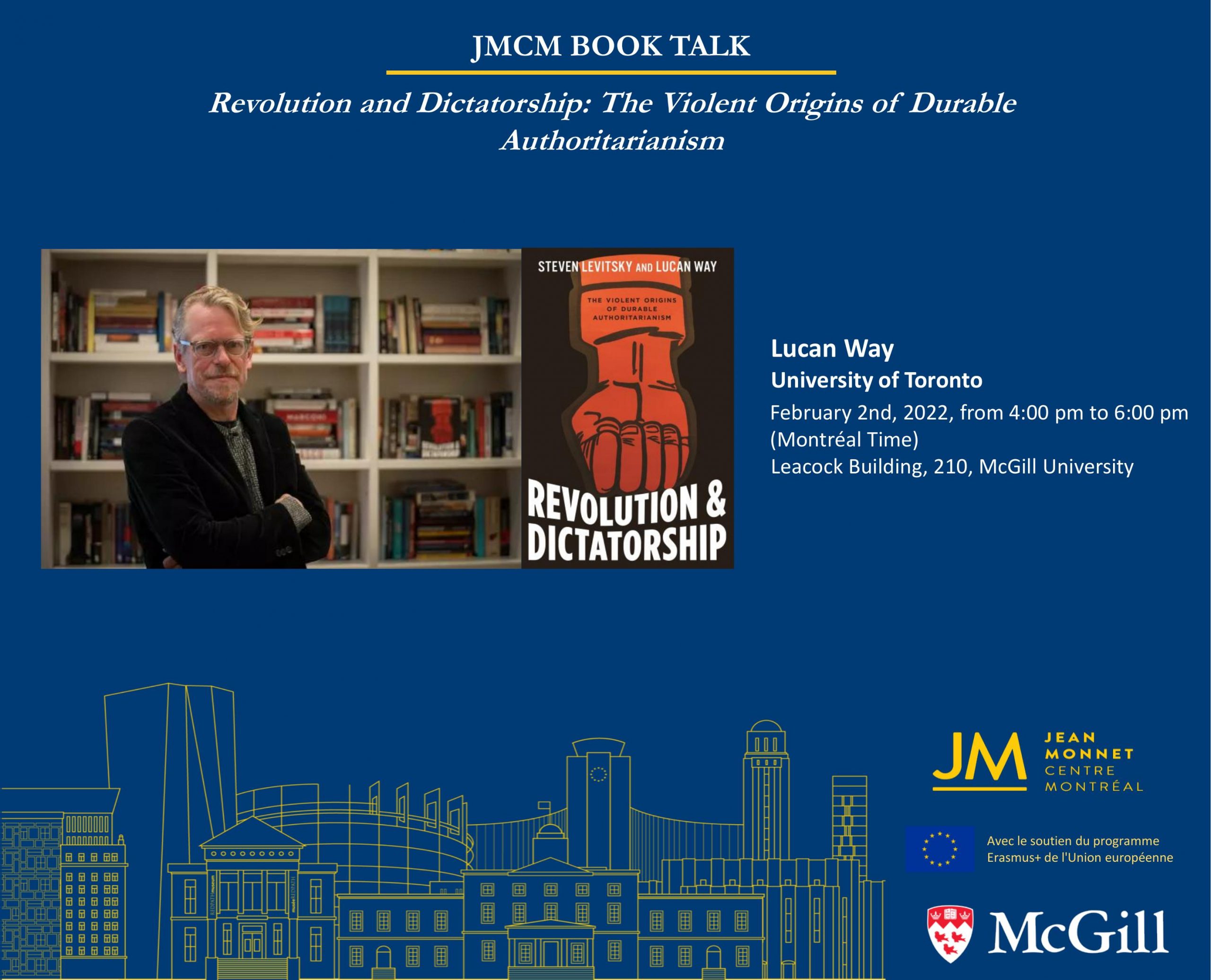 Revolution and Dictatorship explores why dictatorships born of social revolution—such as those in China, Cuba, Iran, the Soviet Union, and Vietnam—are extraordinarily durable, even in the face of economic crisis, large-scale policy failure, mass discontent, and intense external pressure. Few other modern autocracies have survived in the face of such extreme challenges. Drawing on comparative historical analysis, Steven Levitsky and Lucan Way argue that radical efforts to transform the social and geopolitical order trigger intense counterrevolutionary conflict, which initially threatens regime survival, but ultimately fosters the unity and state-building that supports authoritarianism.

Although most revolutionary governments begin weak, they challenge powerful domestic and foreign actors, often bringing about civil or external wars. These counterrevolutionary wars pose a threat that can destroy new regimes, as in the cases of Afghanistan and Cambodia. Among regimes that survive, however, prolonged conflicts give rise to a cohesive ruling elite and a powerful and loyal coercive apparatus. This leads to the downfall of rival organizations and alternative centers of power, such as armies, churches, monarchies, and landowners, and helps to inoculate revolutionary regimes against elite defection, military coups, and mass protest—three principal sources of authoritarian breakdown. Looking at a range of revolutionary and nonrevolutionary regimes from across the globe, Revolution and Dictatorship shows why governments that emerge from violent conflict endure. Read more: https://press.princeton.edu/books/hardcover/9780691169521/revolution-and-dictatorship