Abstract
How did the Great Recession affect the market economies in the new member states? By looking at the case of Romania, I argue that: 1) the pressures applied by international conditionality and capital flight risks have bolstered the neoliberal policy drive that predated the crisis and anchored the country’s economy into a locally calibrated version of a dependent market economy (DME); 2) Romania’s DME banking model proved to have a stabilizing effect via its connections to West European banks, but at a high cost for the state’s fiscal policy autonomy; 3) faced with a combination of massive outmigration and the decline of vocational training, multinational capital pushed for the rejuvenation of national vocational training schemes; and 4) in contrast to the expectations of DME theory, state elites have begun to consciously foster national developmental alliances with capital. 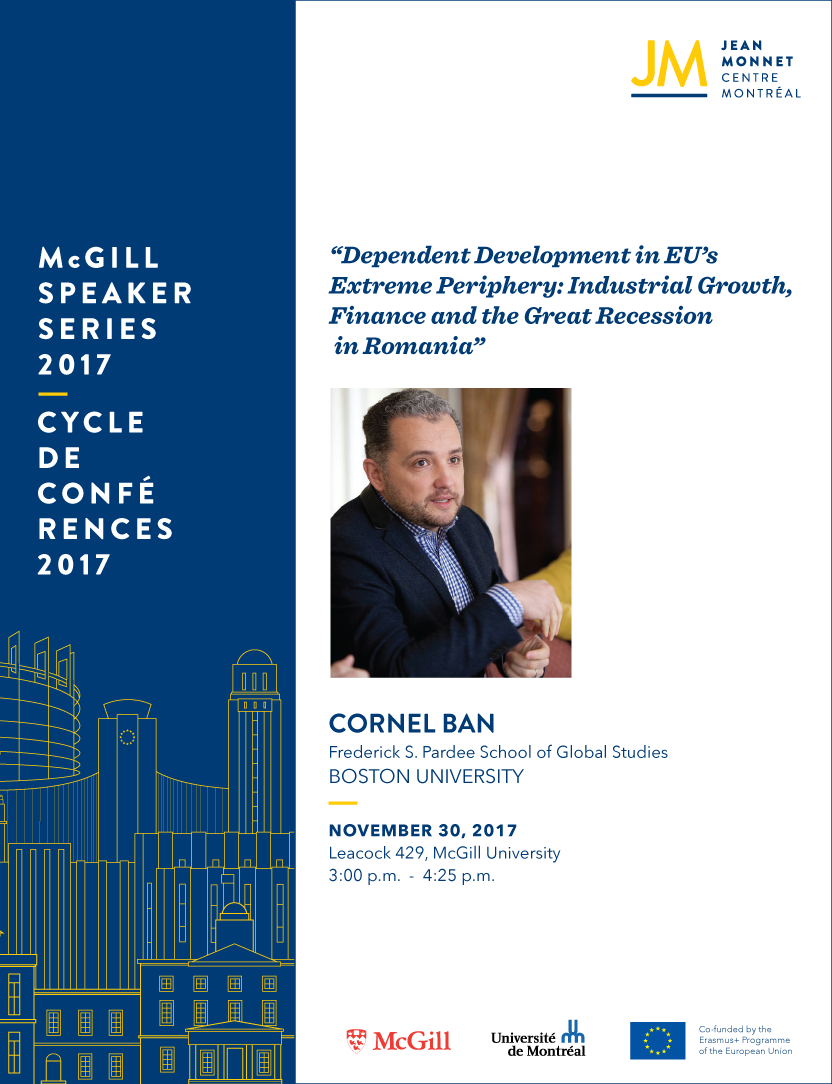 Previous post
Le défi européen
Next post
The Road to the Alt Right : How Race Theory Split the Neoliberal Movement