As part of its 2018 speaker series, the Jean Monnet Centre Montréal is pleased to welcome Elias Dinas (European University Institute) to McGill University on 8 November. His talk will deal with “Do European Parliament Elections Impact National Party System Fragmentation?”. 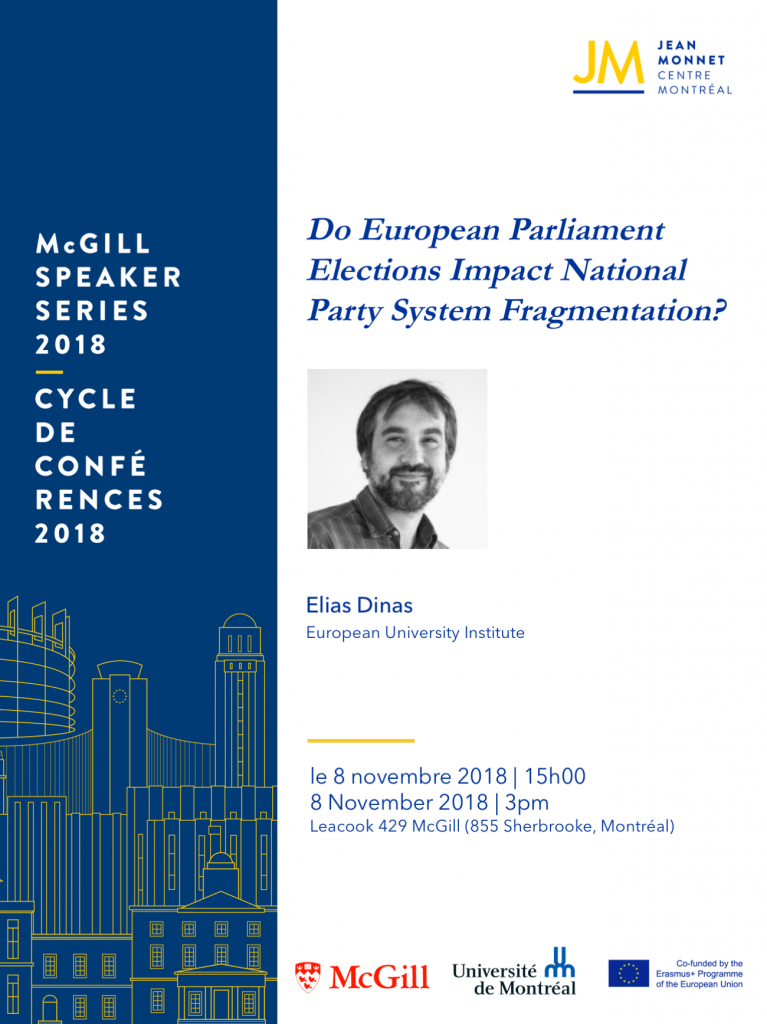 Abstract (en anglais) :
Why have European large parties lost electoral ground in recent decades? Whereas most explanations draw on theories of dealignment, Elias Dinas and his colleagues advanced a novel, institutional, argument by focusing on the introduction of direct elections to the European Parliament (EP) in 1979. Archetypes of second-order elections, EP elections are characterized by lower vote shares for (a) large and (b) incumbent parties. Bridging the second-order elections theory with theories of political socialization, he posits that voting patterns in EP elections spill over onto national elections, especially among voters not yet socialized into patterns of habitual voting. In so doing, they increase the national vote shares of small parties.

Previous post
Speaker series 2018: “The Established and the Ascendant: Radical Right Mobilization in Eastern Europe”
Next post
“Navigating uncharted waters: the EU and Canada closer than ever”