“The Web of Financial Power: Financial Industry Lobbying in the EU”

“The Web of Financial Power: Financial Industry Lobbying in the EU”
This talk examines the contingent nature of financial industry lobbying power and in particular the ability of finance to shape European Union financial regulation in its favour. I argue that lobbying success is a function of how well finance is able to moderate intra-industry conflict and hence to speak from a position of unity. I propose a novel theoretical framework that examines conflict and unity through a ‘coordinated lobbying channel’, referring to how associations actively work to moderate conflict among their individual members. The study has three main aims. First, it proposes a new way to conceptualise conflict and unity in both active and passive forms, and hence four different patterns: Divergence, Control, Delegation, and Convergence. Second, it maps out these patterns with a specific eye to variation across the different sectors of finance (banking, insurance, and securities). Finally, it examines the impact of these four patterns of conflict and unity on lobbying success. Using a novel dataset derived from extensive document coding and interviews, I find support for my argument that unity increases the odds of lobbying success. Critically, while these effects are consistent for insurance and securities markets regulations, they do not hold for banking-related legislation. I explain these differences with reference to variation in post-crisis exigencies to bring greater stability to EU financial markets. 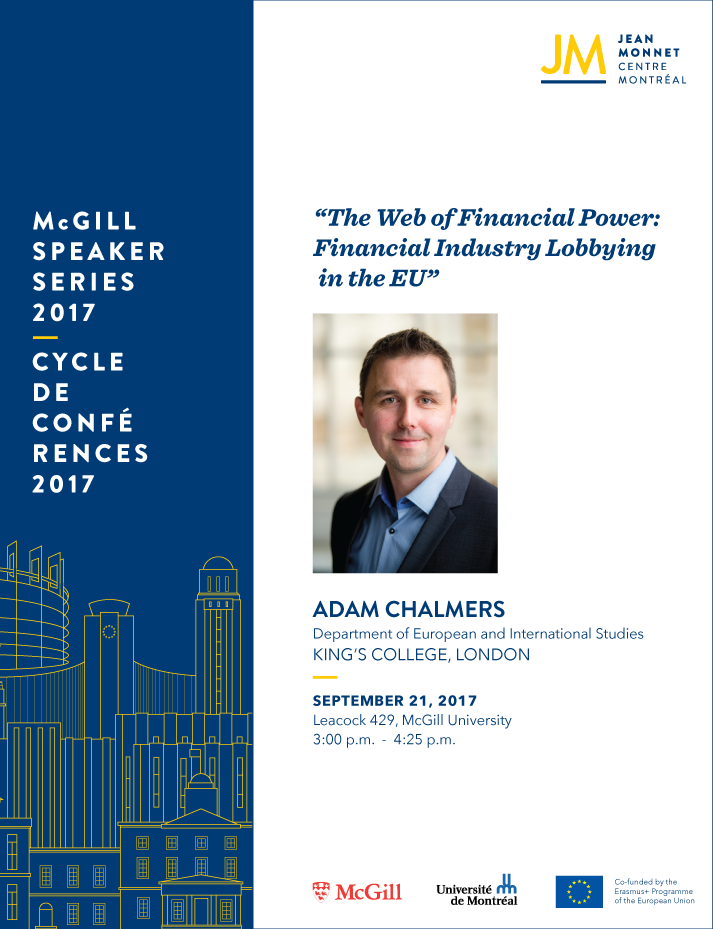