A Long and Winding Road: Labour Market Reforms in Italy

Abstract
Italy’s Jobs Act (LD 81, 2015) is that nation’s attempt to align labour market functioning and affiliated institutions with those of other European nations that have already adopted the concept, measures, and policies of “flexicurity”. The legislative decree stands in sharp contrast to Italy’s Workers’ Statute (Law 300, 1970) that combined trade union rights with individual protection at work in ways that appear to have “rigidified” the employment relationship. This paper explores the factors motivating the policy change, the evolution of similar strategies elsewhere in Europe as suggested by the EU, and unique aspects confronting Italy as it attempts implementation of this new direction. 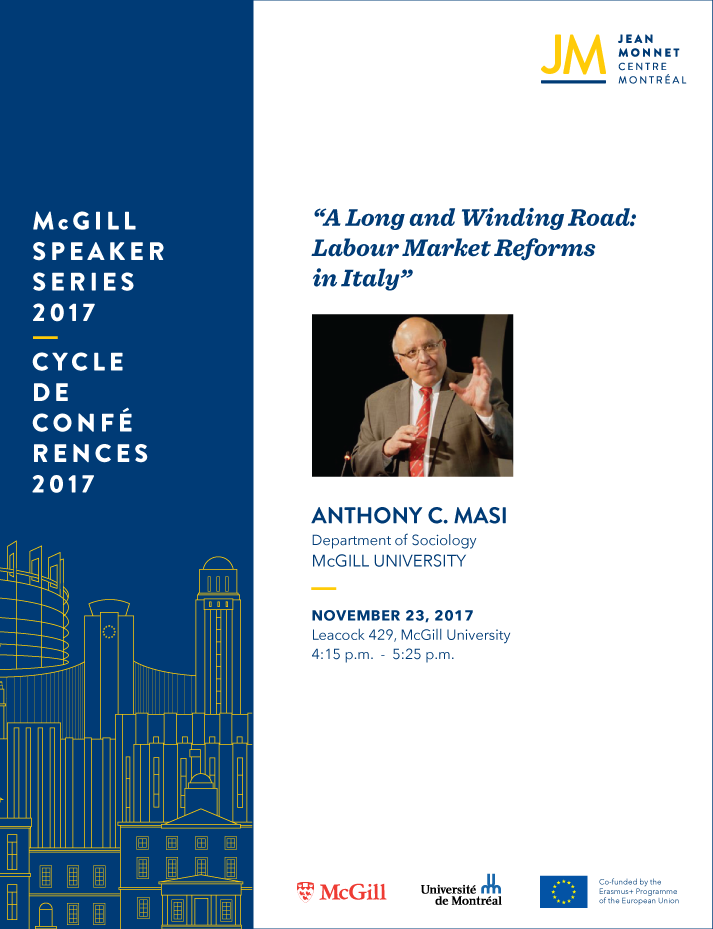 Previous post
Atelier: “Theorizing Relations Between Europe, North America and Russia”
Next post
The Road to the Alt Right : How Race Theory Split the Neoliberal Movement