This week (26th of September 2022), Jean Monnet Centre Montreal’s speaker was Juliet Johnson, Professor of Political Science at McGill University. Professor Johnson’s lecture, Aspirational Iconography: Waving the EU Flag in Non-Member States, tackles the subject of the use of the EU flag in post-soviet countries and the motivations behind why citizens or governments of non-member states use the flag. The Professor first distinguished between “normal” flags and the EU flag’s uses. Flags are usually symbols of a shared identity that represent nations and are clear markers of difference between adjacent territories.

Professor Johnson explained that the EU flag is not a traditional flag as many experts have considered it as a representation of Banal Nationalism. The symbol has been used to quietly legitimize the European union and help construct it as a legitimate authority. Furthermore, the flag should not be construed as replacing or underpinning another flag but should be imbricated in with other symbols of nationalism. The EU should encompass but not replace the other nations and their symbols, which helps build a sense of community inside the Union without the usual “nationalism” that is inherent in traditional flags.

Although the meaning of the EU flag has not been fixed by EU institutions, post-communist countries have used the flags in a way that turned it from a banal symbol to a symbol representing a certain identity, morality and values. Professor Johnson also posits the theory that it could be seen like a certain “way home” from the Soviet world to the European states. Using Georgia as an example, the speaker detailed how the EU flag was used in a partisan way, with a very strong anti-Russian message. As the idea of Georgia as an EU country and aspirant union country has remained important to the discourse, the EU flag can be seen everywhere from government buildings to when the president appears on TV.

More recently in Ukraine, the EU flag has been used as a protest symbol and it has been the most prominent and consequential use of the EU flag. Professor Johnson notes that the EU flag did not play an important role in the 2004 Orange Revolution, but was a major symbol used in the 2014 protests.

A question was asked about the narrative that is being built around the flag and its anti-Russian meaning. Juliet Johnson notes that the “anti-Russianness” that is perceived maps on extremely easily not because the flag is explicitly anti-Russian, but because of the juxtaposition of the two regimes and clash in values between the Europeans and the Russians. As such, it is not anti-Russian in an ethnic sense, but more in line with differing values and regime type. 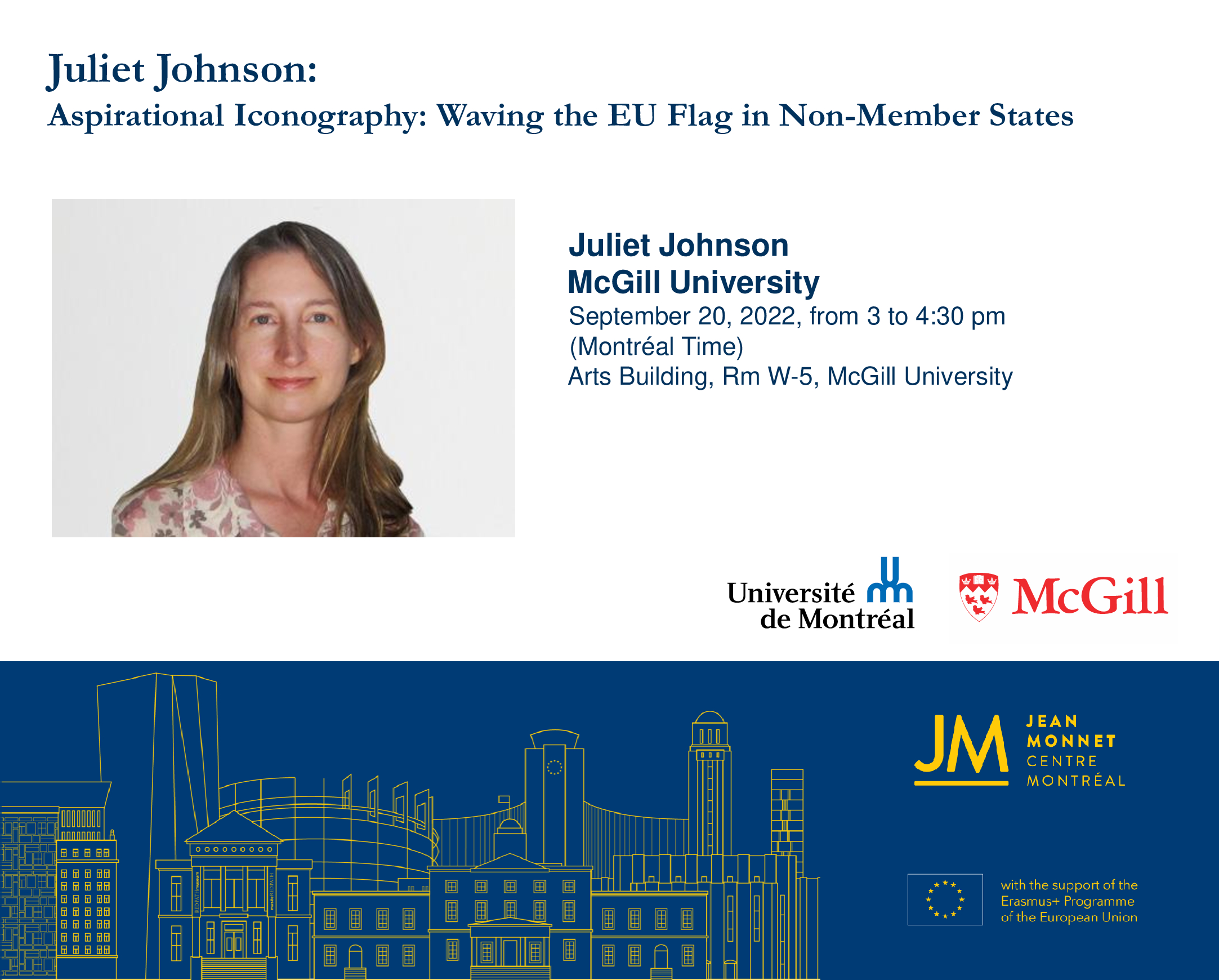