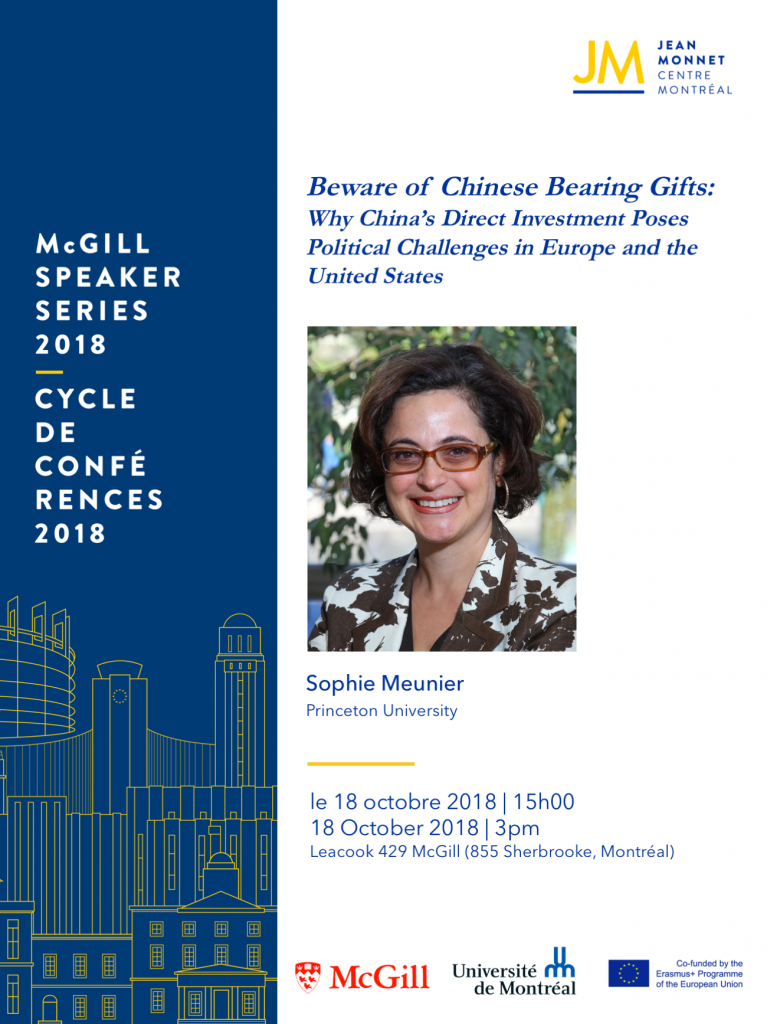 Abstrait de la conférence (en anglais) :
From a non-existent player fifteen years ago, China has now become one of the largest senders of Foreign Direct Investment (FDI) flows in the world. By and large, this new provenance of capital has been welcomed by host countries, especially given the drop in other sources of FDI in the wake of the American financial crisis in the late 2000s. The exponential growth of Chinese direct investment, however, has also been accompanied in some cases by controversy and even resistance, both in developing and in developed economies, for a variety of reasons. In the United States and in Europe, critics have expressed fears and denounced some of the potential dangers of this investment, such as lowering of local labor standards, hollowing out of industrial core through repatriation of assets, and acquisition of dual use technology. The ensuing political backlash has received considerable media attention and increased scrutiny over subsequent deals, notably through the tightening of inbound FDI screening procedures. What explains the political challenges posed by the recent explosion of Chinese direct investment in the United States (U.S.) and the European Union (EU)? How and why have attitudes and policies in the West changed over the past decade towards Chinese FDI? This talk considers two alternative explanations for the political challenges triggered by Chinese investment in Western countries. The first is that Chinese FDI causes political unease because of its novelty. The second is the perception that there is something inherently different about the nature of Chinese FDI and therefore it should not be treated politically like any other foreign investment. These two explanations lead to a different set of predictions for the future of Chinese FDI in Europe and the U.S.